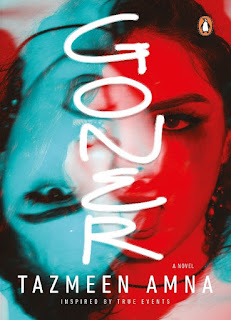 Anubhav Pradhan works primarily on urban literature, urban heritage and history, and urban planning. His doctoral thesis at Jamia Millia Islamia was on colonial ethnography and the British imagination of India and he has taught at South Asian University, Jamia Millia Islamia, and Bharati College, University of Delhi.

Some books are difficult to write about. Not because they tell a story which has never been told before, or because they challenge in some fundamental way our sense of self and place in the universe. There are such books, extraordinary works which become pioneering trailblazers and leave a mark on our collective consciousness. And then there are the more regular kind of books, sweet and light, which leave some small, imperceptible trace of themselves like the flickering memory of quiet sunsets on undisturbed beaches. But some books, some rare books leave one indignant and provoked in equal measure, unsettling that distance with which one tends to pronounce judgment.

Tazmeen Amna’s Goner is likely to strike most readers as precisely this sort of book. The story, by itself, is nothing new: a young woman has an abusive relationship, is unable to prevent herself from making bad choices, comes dangerously close to self-harm, and eventually hobbles back to recovery with the love and care of her family and friends. This is one of those harsh realities of life with which many of us have grappled: love has remained the same across generations, even if its many travails are dissected much more openly now. Seen with this perspective, there is nothing special or riveting about the life and experiences of Amna’s protagonist in Goner.

Likewise, the book’s claim to be a novel may well seem stretched to many. The narrative appears too diffuse and scattered to meet conventional wisdom on the novelistic form. The tone is a little too conversational, an uneasy crossover of the traditional confessional and the contemporary Ted Talk. Readers may also be left aghast at the unbridled profusion of profanities throughout the text, something most good novelists shy from in pursuit of more impactful characterisation. It does not help that Amna herself encourages us to read the book as a memoir: it is difficult to not recall Mridula Garg’s injunction to authors to not venture into retrospectives of their lives without having lived it some years.

Yet, Goner is a striking piece of art. Not because it tells an extraordinary story or because it attempts to birth a new narrative paradigm, but simply because it tells its tale—broken, hurt, resilient—with startling honesty and passion. Amna’s achievement in this book appears to lie precisely in this, that at first glance Goner seems to merit all of this unsavoury comment. It is only on deeper inspection, and introspection, that one realises that the book’s excessively confused and agitated cogitation is a carefully wrought uncovering of what passes so commonly and pervasively as the normal. It is to Amna’s credit that she does so in a way which is as engaging as it is impelling.

Consider, for instance, that shibboleth of language. The tone and choice of words in Goner will appear crude and unbecoming to many, and some may well be so dismayed as to not even bother seeing the narrative to its conclusion. Yet, this is the kind of language many of us actually speak in private—to friends, to even family, but most importantly to ourselves. Amna’s interiorised monologue appears all the more credible for capturing this flavour of the casually, irreverently profane:

Oh, man, my head is spinning. I’m drunk. Again. And I’m high on some other shit as well. I don’t know what they’re calling it these days. Snuff? Brown Sugar? Cheap rip-off of cocaine? I don’t know man! All I know is that it was powdery. I’m high as fuck. And not the good type. The bad type. The very very bad type. The terrible type. Whoa, this is a bad trip. (Amna 97)

Seen in light of Amna’s unwaveringly level-headed exploration of mental health issues, this vividly intimate tone of confession—more grudging than willing—appears to be no mean artistic feat. She relates the frustration of experiencing a panic attack with a raw brazenness that perhaps can come only from having such pain as a daily companion. Those who have ever been through a panic attack will find it commendable that she is able to articulate not just its onset but also her thoughts and actions she as she wrestles against it and the spiral of her thoughts as she succumbs to it:

I had driven only a few miles when I felt an unwelcome jerk go through my body at first, and then through my stomach all the way up my throat, as though I was going to throw up... Breathe in, breathe out. It was more like wheezing. So wheeze in, wheeze out... I’m sobbing. I’m screaming. From afar, it’s a manic sight. You can see a girl sitting in a car rocking to and fro, hands clenched into fists, punching the steering wheel till her knuckles bleed. (Amna 48)

It is difficult at even the best of times for most of us to face our vulnerabilities and address them openly and frankly, for we are all habituated to brushing our anxieties, small and big, under that carpet of normalcy which we tend to obsessively uphold to our collective detriment. At a time when mental health is in the danger of becoming a fashionable buzzword, Amna is able to plumb into the depths of the anguish and torment of what anxiety actually entails—what it feels like, what it does. Welcome departures from the maudlin embellishments of celebrity culture which often obfuscate the nuanced gravity of the key issues at stake, this clarity and passion make Goner an onerous achievement.